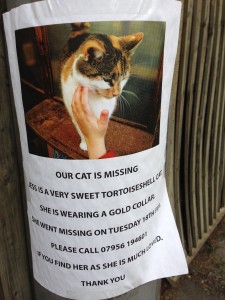 Elaine saw this poster about Jess, a tortoiseshell puss, who went missing on 18th February in the Southborough area of Surbiton. It would be great if you could keep a look out for her and call her people on 07956 194601 if you find her. Sorry – don’t know their names.

I know what it’s like to be lost. And it isn’t nice. I’d popped along to see my brother, Felix, who lives a few doors away. I went in through the cat flap, had a good look around, but couldn’t find him so I decided to go home for breakfast.

But the cat flap was locked and I was stuck. I went up to one of the bedrooms to wait for the family to come home, but nobody came.

I heard strange voices and hid. Whoever it was walked around – think they had come into to look for me – then horror of horrors they closed the door to the bedroom so I was trapped in there!

I ‘d been stuck in there for two days when I heard Elaine’s voice so I called out to her as loud as I could and she found me. She seemed very, very happy to see me!

I found out later that Lyndsey and Clive had gone on holiday and Felix was in the cattery. They’d left the cat flap unlocked so he could get in but had locked it from the inside so he couldn’t escape when he saw the dreaded basket (we felines know it’s never good news when the basket appears).

Graham and Elaine were very upset. They made posters with a picture of me on them (I have to say, it was a very cute shot – caught my best side purrrrrfectly). They pushed them through doors and pinned them to trees in all the roads around here.

When they found me they made another poster to say I’d been found. It seemed to go down very well because I got two cards, from two dogs who live down the road who said they’d been looking for me (I just bet they had!) and several phone calls from well wishers.

I hope Jess is found in good health very soon.

I’m led to believe by the RSPCA that cats with black and white markings are the least popular cats for adoption. As a black and whitey myself this makes me sad and confused. Who makes a bond and connection by colour? I don’t get it.
I’m also confused by another unpopular adoption choice. Chatta a chimp who was rescued and lives at Monkey World in Dorset. She is a “low ranking female” and the least popular chimp for adoption (we have adopted her of course). 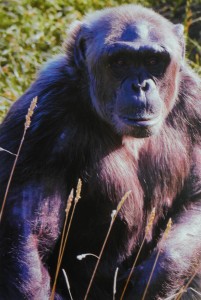 Sharing love and affection and kindness shouldn’t be a beauty contest. Not one influenced by black and white or gender or status.
Why not show Chatta or a black and white cat that you care.
Share some love and not just on Valentines day. 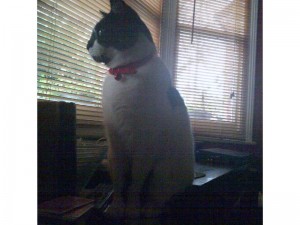 I got a bit too curious a while ago (a long story that I’ll share another time).
As you can see I made it home. But on this special day of love I’d like to send out a big thank you to all of the people in the area who were kind enough to search for me. 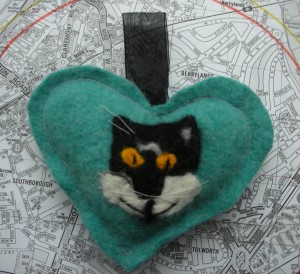 Not all cats are as affectionate as me. I had a rough start. Abandoned along with my brother Felix. I feel no love for those people that abandoned us, or for anyone who does that to any other creature. But I do feel love for the people from the RSPCA who rescued me.
I feel love for Clive and Linsey who took me and Felix in. Felix still lives with them.
And on this Valentines day eve I am happy to say that I have deep love for my current people Elaine and Graham, and for my godmother Virginia, and my sometimes feeder and playmate Linda.
Purrs and cat licks to you all. 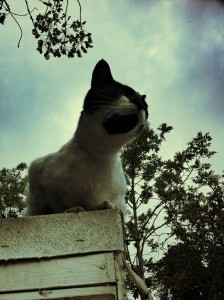 Not as some of you may be thinking short for maximum distance. No. Max distance is the furthest distance my neighbour Max could travel before being “found” and repatriated with his servants. 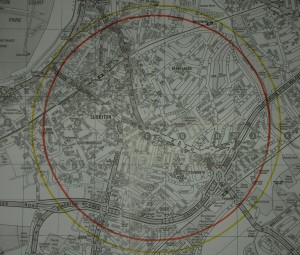 In human terms it’s about a mile. For Max it was about three days.

I (like most cats) go by a few names. One of them is “weather cat”. I don’t influence the weather, but on occasions I do like to let the good folks in snoozeland know what the day holds in store for them. I like to take an early morning jaunt outside and then let people guess the conditions of the day by rubbing myself into their sleeping faces.
On cold damp wet or snowy days I think it’s the least that I can do. 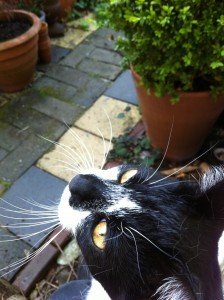 February 2014, I’m in Surrey and it’s all very wet. I’m prepared to make friends with an owl if she has a spare place in a boat. 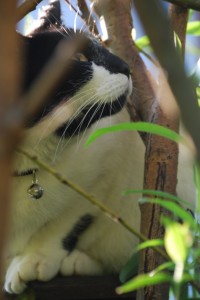