A huge thanks to everyone who took part in the competitions The Staff organised (under my instructions of course) at The Surbiton Festival in September. And many congratulations to our winners.

Sorry it’s taken so long – you can blame the talented under 10s who took part in our draw a cat competition! Their entries were so good The Staff and I had a hard job judging them. So good in fact,  we decided to award honourable mention prizes. Without further ado, here they are: 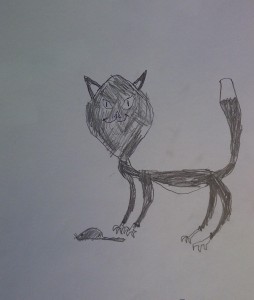 We all loved this amusing drawing of a very evil looking cat by Leo Cox – winner of the under 10s section. Turns out his name is Blackie and he’s not evil at all. Thank you Leo – you get my paw of approval for making us smile! Leo won a set of art materials.

And here are the honourable mentions who each won either a pastel, paint or pencil set. 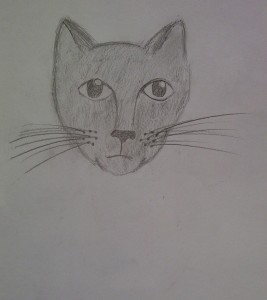 Congratulations to Georgina Standerwick for winning this category. The Staff told me she spent ages on this lovely drawing. In fact they thought she’d disappeared until they found her sitting on the pavement drawing away.

Well done everyone! We hope you make lots more fab drawings. Maybe one day you’ll join the talented professional artists in my Emporium! 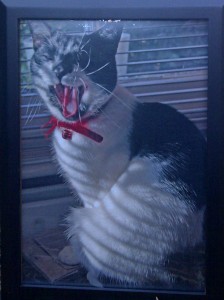 The winner of our caption competition with was Steve Burniston who was born and bred in Surbiton but now lives in Teddington.

His winning caption was ‘How long do I have to say ‘aaaaaaghhhhhh?’

Here’s Steve with his prize – a Jane Adams ceramic sculpture called ‘Laughing Cat’.  Jane is one of my Emporium artists and you can see other examples of her work here. 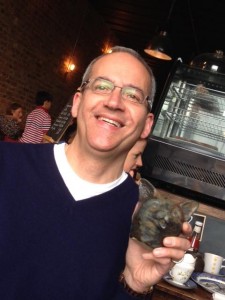 On the day, The Staff asked people to pin the names of their cats onto a map of Surbiton which we named ‘The Mappa Monti (get it?!). We wanted to find the most exotically named cats in Surbiton. We think Caramelo takes that title!

People who took part in this survey were invited to enter a prize draw to win a Kickeroo (my favourite toy) for their feline friend.

The lucky winner was Charlie who lives with the Duncan family.  Congratulations Charlie! I hope you love your Kickeroo as much as I love mine. It was a good day for the Duncans because their daughter, Bailey was one of our highly commended artists. 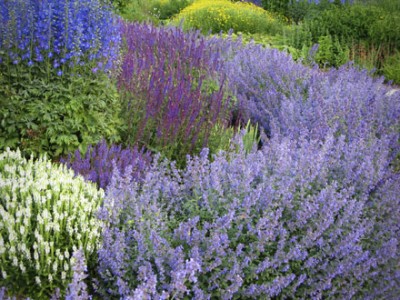 Catnip (Nepeta cataria) is a well-known cat favourite, and stories abound about its effect on felines – not only house cats but some of my larger cousins too.

It’s easy to grow and strangely enough the plant is quite safe from cats until you pick a few leaves and bruise them to release the smell we love. There are exceptions of course and some cats will dig it up. 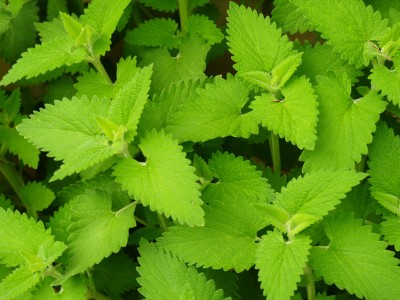 Nepetalactone is the whoo-hoo stuff that really does the business in catmints. It cleverly attaches to our nose channels, and can cause us temporary euphoria, sometimes it makes us playful or a bit aggressive, and some cats I know just want to roll around in it.

There’s no known danger if a cat eats catnip. If I were to eat too much I might be sick but I wouldn’t be poisoned. As catnip is mildly sedative (for humans too) it might make me rather sleepy –  but it’ll be hard to tell really because me and all the other cats I know can sleep 15 hours a day anyway! 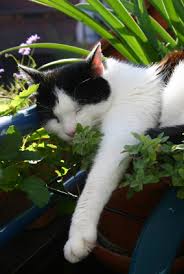 Typically the reaction to catnip lasts about 5-10 minutes then cats will be quiet and sleep.  We won’t react to catnip for another two hours.

The science boffins say catnip resembles a component of female cat urine odorant MMB. Some people have even suggested it might mimic kitty sex communication pheromones.  Talking of sex, I’m told there’s no difference in reaction whether a cat is male, female or spayed – so there!

But little kittens don’t like the smell and some are even afraid of it.

Noses apart, some of the catmints have nicer flowers and a more human-friendly smell than others. Herb catalogues will be a source of these more exotic catnips. Your cat probably doesn’t care – I know I don’t.

There are other plants we like too but for different reasons. For instance if catmint is my party plant, the indoor spider plant (Chlorophytum comosum) is my salad bowl. Nice to chew on, but it has zilch effect on my mood.

A huge thank you to Valerie Munro of Auntie Planty for helping me write this post and for the scientific bits.

Valerie is a horticulturist who helps people create the garden of their dreams by mentoring them and solving their plant problems. So you’re still in control of the work but you know exactly what you need to do to achieve what you want.

She has two cats – Jack and Buddy and here they are. 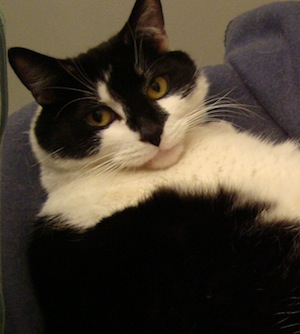 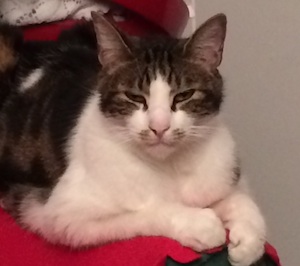